La Familia at the Edwards Rally 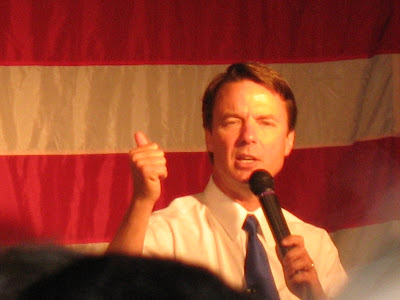 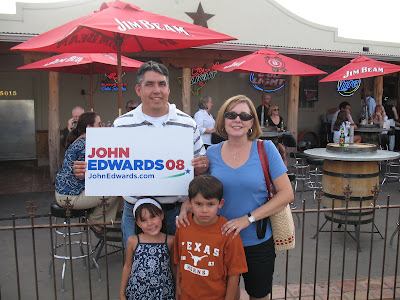 That's my Dos XX in the background. Yum!
Posted by Fred at 9:50 PM No comments: 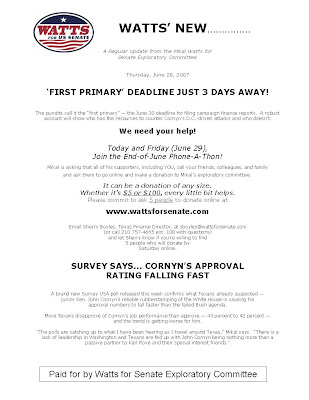 TS received this email today. I wonder how much of the money raised is actually the people's money. At this point I don't really care as long as we take care of stopcornyn.com.
Posted by Fred at 9:13 PM No comments: 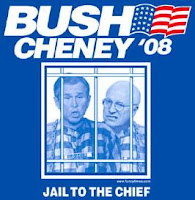 want to impeach you.

Hillary has Bill - Obama has $$ 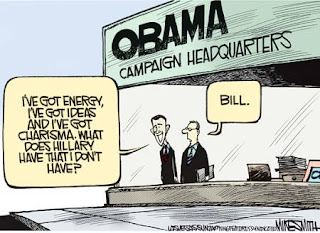 and the almighty dollar!

Tweety gets it right - Elizabeth Edwards wins over the She-Devil

I take issue as to why she was on my tube to begin with but it was a joy watching the sun glassed slime ball squirm in her chair. But Tweety....Coulter a "brilliant writer"? Give me some of what you're smoking.

Matthews. "She obviously believes that she can take these shots at the Edwards family and that's part of the political discourse."
Following Elizabeth Edwards' with conservative columnist Ann Coulter on MSNBC, in which she asked Coulter to stop making personal attacks on her husband, Hardball host Chris Matthews appeared on the Today Show to give his thoughts.

"Ann Coulter's one of those people who believes that Iraq attacked us on 9/11 ... she also believes that we found weapons of mass destruction in Iraq, so there's always going to be people off to the right or to the left that very different opinions than the rest of us," said "I think a lot of relatively boring guys like to go around carrying her books, to be honest with you," he continued, saying that Coulter is a "brilliant writer" who "knows how to enrage."

"Unfortunately, you're dealing with a real life situation with Ann Edwards' [sic] medical challenges, which we all know about, and the fact that they did lose their son, Wade, and you don't make jokes about those things in polite society," he said.

When asked if the Edwards camp should respond, Matthews replied, "My hunch is, that in human terms, Elizabeth Edwards has won this round."

Now why are these guys still in the White house?

Bush - 30 commas killed this past week

"I like to tell people when the final history is written on Iraq, it will look like just a comma because there is — my point is, there’s a strong will for democracy." - Bush

Roadside bombers killed seven U.S. troops Saturday, four of them in a single blast near Baghdad, and three other soldiers died of other causes -- raising to at least 30 the number of American soldiers killed last week. - more 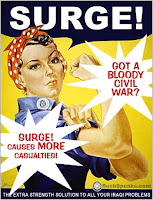