If your in my neck of the woods, make it point to visit the new Fort Bend Dems headquarters in Sugar Land for their campaign kickoff. This is your chance to meet old and new friends, hear some great speakers, eat some grub and pick up your yard signs, bumper stickers, buttons and tee-shirts. Lets turn Fort Bend Blue.

Sunday Afternoon, August 31 - 4:00 - 7:00 p.m. Countywide Kickoff for Labor Day Campaigning Weekend, Sugar Land Community Center, 226 Matlage Way, Sugar Land [MAP]. Statewide and local candidates will be there to help us kickoff the major campaign season. Keynote speaker will be Congressman Al Green of Texas CD 9. Al is the silver-tongued devil who always delivers a stemwinder of a speech. Now with a party united and with excellent candidates up and down the ballot, come and listen to a speech to kick off the campaign season.

Sarah Palin is no Hillary Clinton.

Perhaps mentioning a liberal Democrat at a Republican rally isn't such a good idea.

At the Consol Energy ballfield in Washington, Pennsylvania, Palin delivered essentially the same biographical stump speech as she did in Dayton, Ohio on Friday, pointing out that it is almost 80 years to the day since women in the United States got the right to vote..

But this time, when she mentioned the women who came before her citing the history-making nomination of Geraldine Ferraro, as well as Clinton's "determination and grace" in the 2008 Democratic primary, boos greeted Palin. They were long and loud near the press section.

Palin plowed on, noting that Clinton got 18 million cracks in the highest, hardest ceiling and "it turns out the women of America aren't finished yet." 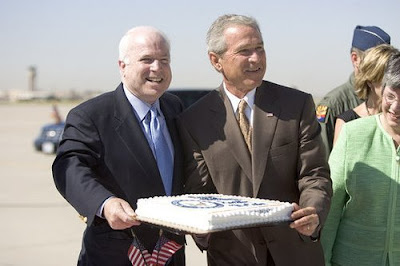 Kos could not of said it best.

Let's be honest: John McCain clearly wanted Tom Ridge or Joe Lieberman, but he was afraid to buck his party's choice ideologues. So then they looked at Mittens, but having a baker's dozen homes wasn't looking so hot. So he figured that with Pawlenty, he might make a play for Minnesota, but that got shot down over the last week as it become increasingly obvious that Biden would wipe the floor with him in their debate.

Throw in Obama's ground-shifting speech last night, and it was clear that McCain had to throw a hail mary to just remain in the game, much less be competitive.

So we get Sarah Palin, who has a fairly compelling personal story and is an attractive woman, but has scant political experience, zero name recognition outside of political junky circles, faces an ethical investigation by her own legislature, and will now be forced to run a grueling national campaign despite having an infant child at home.

Those are the marks of desperation, and really, given his precarious electoral position, John McCain had no choice. 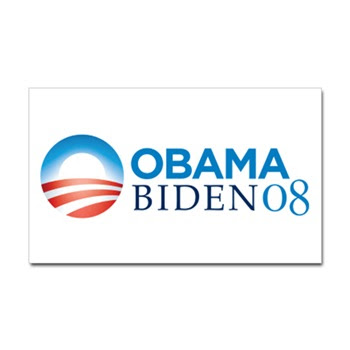 McCain: A politician you can mock


007: GoldenMansion, starring John McCain
Posted by Fred at 7:40 AM No comments:

How many houses do you own?

Wildly out of touch.

John McCain said in an interview with Politico on Wednesday "that he was uncertain how many houses he and his wife, Cindy, own."

The answer, according to the group Progressive Accountability, is an even 10 combined homes, ranches, condos, and lofts, together worth an estimated $13,823,269.

Not remembering how many shoes have is understandable...but houses! 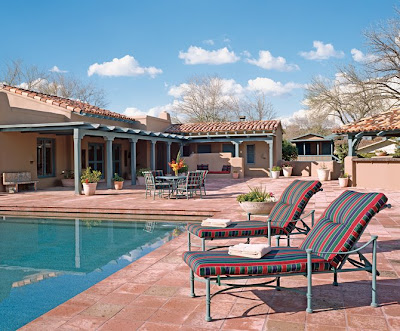 Wesley Clark is coming to town

A pick for VP 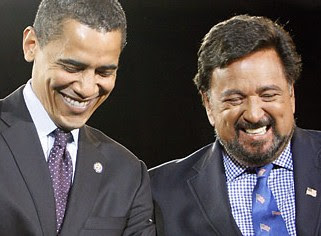 Dems, Can we please fight back?? 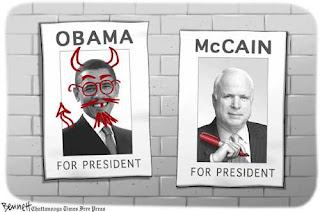 This is what happens when the dems don't fight back.

John is hits a a point of concern for those of us just a little tired of the same old, same old.

AP has a huge new story out about the Democrats' "patriotism problem." And AP is correct. Our party lets the Republicans impugn our patriotism with, well, impunity, and then we wonder why every election, and on practically every issue, we have to deal with attacks on our patriotism. Why? Because they work. (The public is already seeing McCain as more patriotic than Obama.) Why do they work? Because we don't fight back. The appropriate response to someone questioning your patriotism isn't to say "you're wrong" or "I object!" The appropriate response is to punch the guy in the face, rhetorically or otherwise. Wesley Clark didn't even question John McCain's patriotism - he simply questioned McCain's qualifications for the presidency. McCain responded by punching Wesley Clark in the face, then dragged him around tied to the back of a truck for a week for good measure (and no one in the party came to Clark's defense, big surprise there). McCain didn't just say "stop it," McCain made sure that neither Clark nor anyone else would dare question his commander in chief credentials ever again.

What has our side done to bloody McCain for questioning our patriotism? What have we ever done to fight back when the Republicans question our patriotism, be it in the Congress or at the ballot box? How many times do we have to write about this Achilles Heel before Dems realize it ain't going away? We deal with this issue every election, and on every issue, because Democrats either don't have the balls to fight back, or they don't have the brains. Either way, it's pathetic, and make us looks weak (and unpatriotic). And it's happening again. And again. And again.

Update: Perry seems to agree.
Posted by Fred at 4:24 PM No comments:

Ouch from a fellow POW!

I furthermore believe that having been a POW is no special qualification for being President of the United States. The two jobs are not the same, and POW experience is not, in my opinion, something I would look for in a presidential candidate.

Most of us who survived that experience are now in our late 60's and 70's. Sadly, we have died and are dying off at a greater rate than our non-POW contemporaries. We experienced injuries and malnutrition that are coming home to roost. So I believe John's age (73) and survival expectation are not good for being elected to serve as our President for 4 or more years.

I can verify that John has an infamous reputation for being a hot head. He has a quick and explosive temper that many have experienced first hand. Folks, quite honestly that is not the finger I want next to that red button.

It is also disappointing to see him take on and support Bush's war in Iraq, even stating we might be there for another 100 years. For me John represents the entrenched and bankrupt policies of Washington-as-usual. The past 7 years have proven to be disastrous for our country. And I believe John's views on war, foreign policy, economics, environment, health care, education, national infrastructure and other important areas are much the same as those of the Bush administration.

I'm disappointed to see John represent himself politically in ways that are not accurate. He is not a moderate Republican. On some issues he is a maverick. But his voting record is far to the right. I fear for his nominations to our Supreme Court, and the consequent continuing loss of individual freedoms, especially regarding moral and religious issues. John is not a religious person, but he has taken every opportunity to ally himself with some really obnoxious and crazy fundamentalist ministers lately. I was also disappointed to see him cozy up to Bush because I know he hates that man. He disingenuously and famously put his arm around the guy, even after Bush had intensely disrespected him with lies and slander. So on these and many other instances, I don't see that John is the "straight talk express" 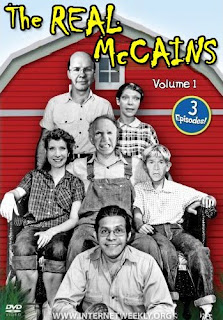 The point is...John McCain is out of touch

5 million dollars out of touch.
Posted by Fred at 12:16 AM No comments:

By The Associated Press – 3 days ago

Since January 2007, President Bush has raised money for the Republican Party and GOP candidates in 12 House races, 12 Senate races and one governor's race.