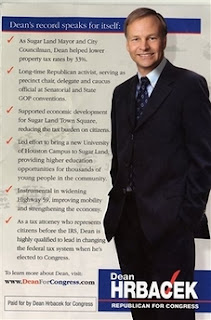 This undated image shows a campaign brochure for former Sugar Land Mayor Dean Hrbacek, a Republican candidate for U.S. Congress. Congressional candidate Hrbacek appears slimmer than usual in a new campaign brochure because a photo of his head was affixed to the image of a different body.(AP Photo/Houston Chronicle)

Hrbacek, a tax lawyer and accountant, is seeking the nomination to run against Democratic U.S. Rep. Nick Lampson. 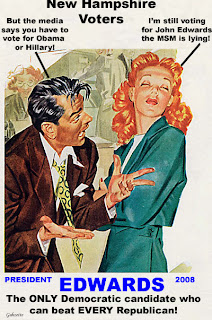 Aren't you tired of the of the BS from the other Democratic candidates?
Posted by Fred at 7:57 PM No comments: