I posted this year last regarding Sen. Larry Craig...well he's back in the spotlight again... What is it with these guys!
Posted by Fred at 12:14 PM 1 comment: 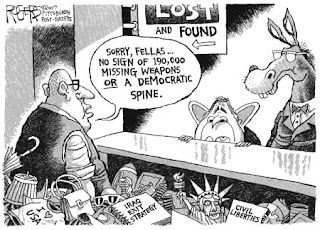 I think we all should feel better now that the Bug Man Tom Delay is on the record regarding Karl Rove's resignation.

"He's not dying. ... He's not just going to go away; he'll still be around," DeLay said in an interview of Fox News Tuesday morning. "In fact, I think he'll be more powerful than ever, because he'll be involved in a lot of campaigns, I'm sure. He'll be an adviser to a lot of sitting elected officials. He'll be bigger than ever."

Now... I wonder if we could get them together to plan these future campaigns behind bars where they belong.
Posted by Fred at 12:22 PM No comments:

Cheney spells it out in 94 why invading Iraq would end up in the cluster-fuck it is today. He's spot on. See for yourself.
Posted by Fred at 12:34 AM No comments:

Go ahead and give a little green(or alot if you so wish)to support his run for the Texas Senate. You know...to defeat Bush's little poodle here in Texas.
Posted by Fred at 12:50 AM 1 comment: 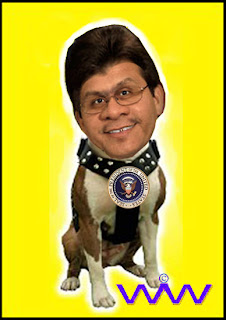