Our friends to the right are going ape shit over the recent Houston Chronicle poll showing Rep. Tom DeLay trailing ex-Rep. Nick Lampson(D). They are congratulating each other over what they allegedly call a growing story widely criticized by (right-wing) bloggers. Lets just be honest here, conservatives hate the Chronicle here in Houston and why not use this opportunity to take a few pot shots at their beloved local paper.

Tom DeLay vs. the World claims to be ecstatic people are talking about this story. But just who are these people?

David Benzion at Lone Star Times breaks the news that Dr. David Hill will be on "Special Report with Brit Hume" tonight on Fox News Channel at 5pm Texas time to talk about the poll. Hill's interview has already been filmed, and Benzion was present for the interview, so he previews it.

Dr. Hill has a very good national reputation as a pollster, so it will be very interesting to see how he views the piece.

Chris Elam (whose blog has been newly christened Texas Safety Forum) has had a few posts on this poll since even before the results were released.

I'm sure there are others involved in this growing story, but I'm sure you get the drift. It's just one big happy family. 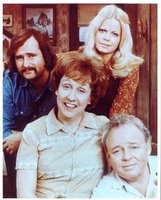